In the Forests of Serre 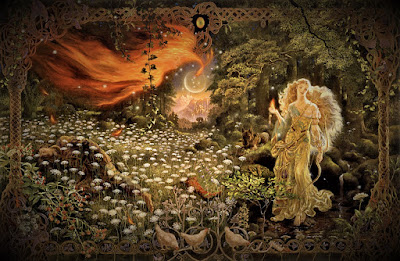 My father and I just finished In the Forests of Serre by Patricia A. McKillip.

As Brume is the Mother of All Witches, so this was the mother of all fairy tales and further proof that McKillip ranks alongside J.K. Rowling and Diana Wynne Jones in the tier below Tolkien. Why? Because in an Enchanted Forest a Prince killed the favorite hen of a witch and got cursed and lost as his unwilling bride, a foreign Princess, approached with her wizard bodyguard.
What happens next is a secret I shall leave with the Firebird, but I have always said that Heart is the most important aspect of a person and that without its unwritten language singing within you, one is lost; a fact this tale proves most aptly and, for once, by direct example.

May you live happily ever after Prince Ronan of Serre & Princess Sidonie of Dacia, Wizards Unciel (hopefully now you can rest) and Gyre, scribe Euan Ash, and the rest.

(And if you see a white hen and/or cottage made of bones, steer clear. Seriously.)
Posted by Ian E.S. Adler at 7:15:00 PM No comments:

74 days and counting until Firebrand, book #6 of Kristen Britain's Green Rider series, comes out. By all the gods of Sacoridia, it will good to see Karigan again!!

Learn from the Creator of Alagaësia 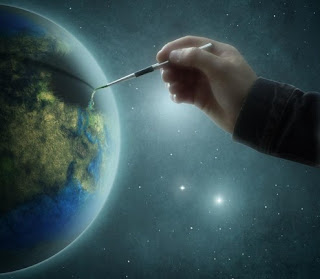 Christopher Paolini, author of the justly famed Inheritance Cycle (which was the first major Fantasy series I read after The Lord of the Rings) has some wise Worldbuilding words for those of us who wish to not only read about adventures in the Multiverse, but want plot a journey and make first contact ourselves:

Over the course of my forays into the countless realms of the Multiverse, courtesy of those illustrious folk knows as Fantasy authors, I have learned many things: the great potential for good and ill in humanity and that bravery is working through, rather than the absence of, fear, to name but two.
But, most importantly, I learned that the happiest ending an author is not written in ancient runes nor is the result of a mighty piece of magic. It is not a vanquished evil, nor a kingdom won, nor even combination.
Indeed, the happiest of all endings is not arcane in the slightest, nor something born out of ancient days and dreams out of myth.

No, the most important thing Fantasy literature has taught me is that the happiest ending is, in fact, a wedding...and the more the merrier.
Fantasy's greatest lesson is that love is the highest law, and nobody has the right to deny it.


"Love supplies a kind of strength that can withstand even death." - Terry Brooks

"Do not pity the dead, Harry. Pity the living, and, above all those who live without love." - Albus Dumbledore

"Power shaped by wonder and curiosity; even love. Not by fear and laws that shut out instead of inviting it." - Od

"The world is indeed full of peril, and in it there are many dark places; but still there is much that is fair, and though in all lands love is now mingled with grief, it grows perhaps the greater." - J.R.R. Tolkien
Posted by Ian E.S. Adler at 7:10:00 AM No comments: