The red ship has landed! The crimson-eyed captain reveals himself! My debut Fantasy novel, The Last War: Book One of the Cynnahu Saga, can be found (and bought) here on Amazon. In the meantime, here is the Official Book Trailer (which, I am proud to say, I made myself):

"A fantasy novel replete with magic, lore, and epic stakes, The Last War by Ian E.S. Adler is a classic questing adventure in the richly imagined world of Nim-Semalf. The Order of mages and the entire archipelago they protect faces invasion by the naga, catapulting five unlikely companions into the fiery crucible of destiny. Amidst ancient riddles, embattled dragon shrines, fearless storm swords, and the mysterious motives of Archmages, the fast-moving plot is enthralling, as is this new realm taking shape before readers' eyes. Built on an elaborate mythology and supported by a classic fantasy plot of ultimate victory vs. complete annihilation, this first book in The Cynnahu Saga is a knockout start to a new series." - Self-Publishing Review (SPR) (starred review)

"Adler has built a complex and detailed fantasy world full of adventure and excitement that keeps readers turning the pages. The author provides explanations of what people perform in their jobs that go along with their titles, such as Dragon Guardians, Isle Masters, Loremasters, and Mages, to name a few. A strong and ideal cast of characters who are dealing with grief, sacrifice, tricky interactions, and bravery in the face of overwhelming odds populate the story. The characters also undertake risks, whether it is being involved in battles where magic plays a part or in trying to overcome outside forces and internal challenges when it comes to solving the secret code in ancient writings... The Last War is a gripping fantasy story that pulls readers into a magical world with nonstop action and suspense that revolves around an armed confrontation of epic proportions." - Feathered Quill Reviews "Adler created a rich and imaginative world populated with interesting and well-developed characters encompassing the depth of their history and mythology. Fans of the fantasy genre will be enthralled by the level of detail and visual delights that bring this story to life, pulling the reader right into the action...focus[ing] not only on war and action but the wisdom and strategy the young characters, Emrys and Sakura, must face when solving puzzles and challenges. The author invests much of the narration with dialogue, creating a colorful plot and development throughout the book. This technique gives the characters more dimension so that we understand their motives, while the storyline never falters and will keep you turning one page after the next. While this action-packed, strategic tale follows what many readers may find to be a familiar fantasy storyline, it's a rich, vibrant tale with unique characters and a fantastic world will keep you looking forward to the next installment." - Literary Titan (starred review and winner of the Literary Titan Book Award) 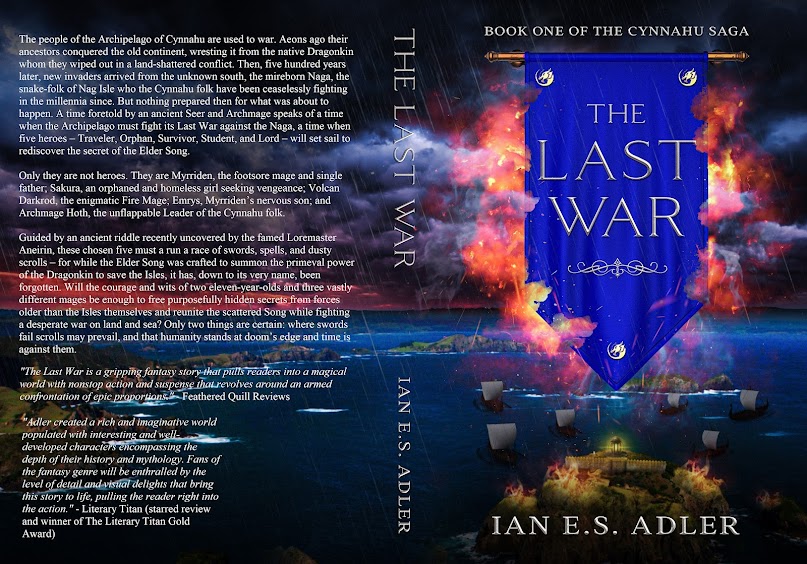 Yes, the rough drafts of Books Two and Three, Dragon Guardians and Mages' Legacy, are complete (and I am working on Book Four). Yet, as any author will tell you, editing takes time. 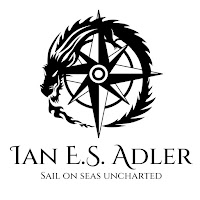 Remembering Earthsea and The Annals of the Western Shore.


'"Only in silence the word,
Only in dark the light,
Only in dying life:
Bright the hawk's flight
On the empty sky.'
— The Creation of Éa" 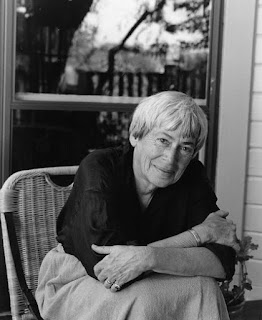 In tribute and honor to Ursula K. Le Guin, to whom I owe my own Fantasy series – the one I wrote and recently sent out, for without Earthsea it would never have existed. This statement probably surprises many of friends, and for good reason as I have always been a vocal disciple of J.R.R. Tolkien; for example, on re-reading The Lord of the Rings for likely the tenth time, I posted, “Imagine being able to read your DNA as a piece of literature. Imagine being able to read the root out of which grew many of your basic interests as well as patterns of speech and thought and writing style. Luckily, I do not have to imagine. I can do it.” I do not retract these words at all, but the impact that Le Guin’s Earthsea Cycle had on me was no less great even if it was so subtle I hardly thought of it. 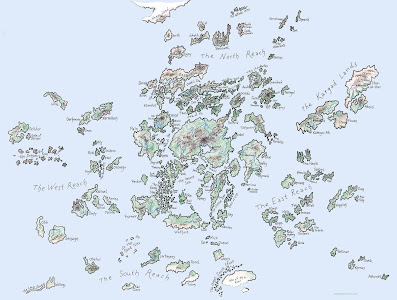 She was one of the best. I remember first reading The Earthsea Cycle in elementary school, hearing Ogion of Re Albi say “To hear, one must be silent.” And I still remembered those words when I took the series up for a second and third time. While the rest of my generation went to Hogwarts with Harry, I (after falling in love with and leaving Tolkien's Middle-earth) traveled by ship to the School of Roke with Ged.

She was the first fantasy author I read who dealt, philosophically, with death and inner balance. "Death and life are the same thing-like the two sides of my hand, the palm and the back. And still the palm and the back are not the same...They can be neither separated, nor mixed." That quote comforted me when my grandparents died. Some say that Rowling was the first master Fantasy author to explore death and have a villain who will burn the world if need be to cheat it. They are wrong; for, long before Voldemort fashioned his horcruxes, the wizard Cob's reckless quest for immortality halted the words of power, tearing a rift between life and death – endangering the living. Long before Harry Potter the Chosen One fought Voldemort, Archmage Ged fought Cob. “You will die. You will not live forever. Nor will any man nor any thing. Nothing is immortal. But only to us is it given to know that we must die. And that is a great gift: the gift of selfhood.”


And Dragons, because no one, but nobody, does Dragons like Ursula K. Le Guin. Because, in the Archipelago, a dragonlord it is not someone with a mastery of dragons but rather one whom the dragons will speak with. "People who deny the existence of dragons are often eaten by dragons. From within." 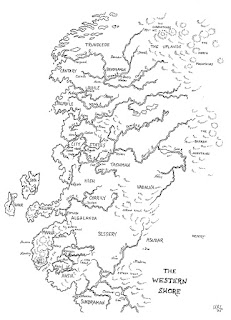 And I cannot forget The Annals of the Western Shore even if most have never heard of it. It is not Earthsea and is drastically different save in that it is also a quiet yet masterfully written fantasy where the great enemy and greater heroes are ordinary people, most without mystical power and knowledge. Rather, the power lies in the art of story, "To see that your life is a story while you're in the middle of living it may be a help to living it well." It was such a powerful experience walking blind with Orrec Caspro, writing one's way into secret rooms with Memer Galva, and wandering to freedom with Gavir. As acclaimed Fantasy author Jo Walton (writer of The Thessaly Trilogy) once said, they are "like a retelling of an old fairytale."

Finally, she remains one of the few master Fantasists whose primary world and cast of characters are non-White (with the exception of Tenar from the Kargad lands). Indeed, Le Guin has criticized what she describes as the general assumption in fantasy that characters should be White and that the society should resemble the Middle Ages.

"I always wondered why the makers leave housekeeping and cooking out of their tales. Isn't it what all the great wars and battles are fought for – so that at day's end a family may eat together in a peaceful house?" - Ursula K. Le Guin

“I do not care what comes after; I have seen the dragons on the wind of morning." - Ursula K. Le Guin

Rest in peace, dragonlord. May you dance on the other wind.