My father and I just finished Moon-Flash by Patricia A. McKillip 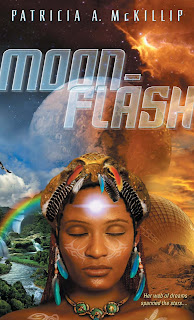 My father and I just finished Moon-Flash by Patricia A. McKillip.
Though categorized as partly sci-fi, McKillip is incapable of writing anything other than a lyrical masterpiece in which the words flow like a river off the page, though your soul, and back again. Which is not unlike the story as Kyreol's incurably curious nature leads her beyond what the people of the Riverworld, her people, had thought to be the edge of the world but is instead only the first stage of a long journey. A journey with her best friend Terje down the river and across questions to find answers that, though often shocking, leads both into the sky and a better understanding of the world, each other, and their dreams.
Posted by Ian E.S. Adler at 7:12:00 PM No comments:

I have just started The Gathering Storm 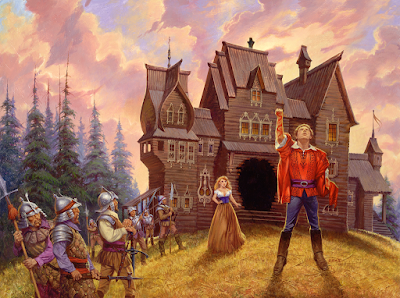 The great journey continues. The Wheel turns.
I have just started The Gathering Storm, Volume #12 of The Wheel of Time by Robert Jordan (and completed posthumously by Brandon Sanderson).
The storm is coming. Black and silver clouds gather in the north and farmers and smiths trade hammers and scythes for swords to meet it. The storm is coming. The Dragon Reborn has the Lady of Pain captive and marches to end the lord of the chaos' rule in Arad Doman. The storm is coming. The Seachan learn that in Hawkwing's homeland what they had dismissed as superstition is real, nightmares made flesh and come to kill. The storm is coming. The Forsaken gather and make plans for Tarmon Gai'don, for they drive the storm and mean break the Wheel. Yet in many ways the Wheel drives them, and Light has ever snatched victory from the maws of malice. The storm is coming.
Let the Dragon ride again on the winds of time.
Posted by Ian E.S. Adler at 12:35:00 PM No comments:

I have just finished Knife of Dreams 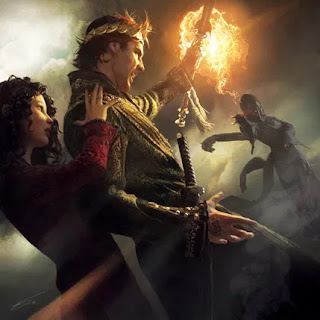 I have just finished Knife of Dreams, Volume #11 of The Wheel of Time by Robert Jordan.
"When the Wolf King carries the hammer, thus are the final days known. When the Fox marries the raven, and the trumpets of battle are blown." So states the Prophecies of the Dragon and so has it come to pass, the gambler becoming the Prince of the Ravens while the Wolf at last rescues the Falcon and crushes the Aiel who betrayed themselves. So it is that as the Uncrowned King marches east as the fate of the Rose Crown is decided in favor of the daughter of Morgase while her oldest son leads the Sunburst north. The Golden Crane flies for Tarmon Gai'don! The White Lion shall march for Tarmon Gai'don. Thus are old plots concluded, old wars won. Yet not without cost in life and limb, for the Dark One touches and rots the world – the Pattern loosening even as it gathers all loose threads in preparation for the gathering storm.

We all know that yawns are contagious. One person yawning causes another to yawn and soon the half the room looks like they stayed up half the night. But I have reached a new level in that I now yawn when characters I am reading (or writing) about yawn. Tis funny, I suppose.
Posted by Ian E.S. Adler at 12:30:00 AM No comments:

I have just started Knife of Dreams 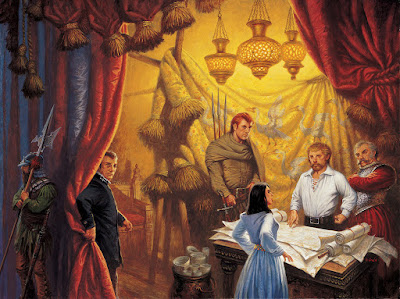 I have just started Knife of Dreams, Volume #11 of The Wheel of Time by Robert Jordan.
Tis known by the Aiel Dreamwalkers that the Land of Dreams is no less real than the walking world, and by Aes Sedai Dreamers that dreams may reveal the secrets and possibilities of the Pattern yet unwoven. So it is that the True Flame of Tar Valon learns that while walking a treacherous path her most hated enemy shall save her and that the gambler has fire in his hand that, in exploding, shall cause much death. So it is that the Foretellings of the False Flame shall be tested as the fates of Rose Crown, Sunburst, and the White Tower itself are tied to the children of Morgase. So it is that the Pattern gathers all loose threads in preparation as new alliances are planted in the promised soil of Tarmon Gai'don.

I have just finished Crossroads of Twilight 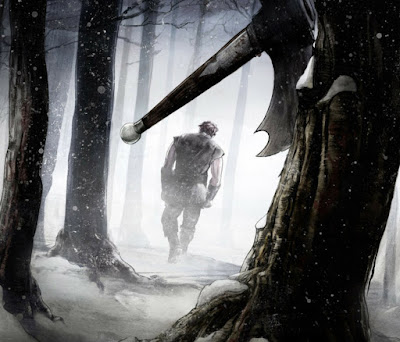 I have just finished Crossroads of Twilight, Volume #10 of The Wheel of Time by Robert Jordan.
It is said that the world is quiet when twilight reigns, as the creatures the day prepare for sleep while those of the night begin to rise, and vice versa. So it is that the world pauses for breath, some unaware and all unable to avoid the damage that was undone. So it is that the boundaries between Aes Sedai and Asha'man dwindle while the Dragon Reborn prioritizes his enemies and gambler grows closer to the Daughter of the Nine Moons. So it is that Black Ajah fights for its survival even as the True Flame of Tar Valon enters her city in dire peril. So it is made clear that the White Tower and Black can never stand separate as Flame and Fang. Only together, under the ancient symbol of Aes Sedai. Yet all the while a mysterious rot claws at the world.