The History (& Golden Age) of Fantasy 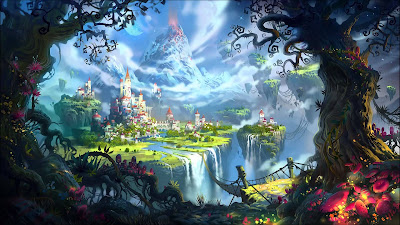 How fortunate that we live in a Golden Age of Fantasy! I mean, truly, is there any doubt? Fantasy literature has passed from a little-noted genre to a mainstream phenomenon, given large sections of all bookstores and libraries, a whole theme park in the case of J.K. Rowling's Harry Potter, with GRRM's A Song of Ice and Fire recently breaking into the world of TV series in the form of HBO's The Game of Thrones. Indeed, following The Game of Thrones came the The Shannara Chronicles as an adaptation of Terry Brooks' Original Shannara Trilogy, tailed by BBC's TV adaption of Sir Philip Pullman's His Dark Materials. Then one has phenomenally popular authors like Garth Nix,  Brandon Sanderson, Patricia A. McKillip, Rachel Hartman, Tamora Pierce, Mercedes Lackey, Patrick Rothfuss, Diana Wynne Jones, Christopher Paolini, Michael Scott, John Flanagan, Kristen Britain, Kristin Cashore, Alison Croggon, Neil Gaiman, Jo Walton, Kelly Barnhill, Brian Jacques, Jonathan Stroud, and so many others (and these are just the ones I personally have heard of). All of whom have in the last decade or two written amazing works with substantial and dedicated fandoms. 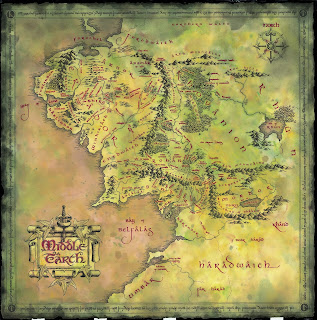 Furthermore, all the while the old masters remain readily popular and available. The Founder of Modern Fantasy J.R.R. Tolkien's The Lord of the Rings of course, but also others just as the recently deceased Ursula K. Le Guin whose Earthsea Cycle took a different approach to the genre. Much like Susan Cooper's The Dark Is Rising Sequence and Pullman's aforementioned His Dark Materials. Actually, several of the authors listed above are old masters; I merely listed them up there because have until recently or still are writing.

But now I think a bit of history is in order. How did we find ourselves in this wondrous Golden Age of Fantasy? The answer, unsurprisingly, begins with J.R.R. Tolkien.
No one denies that Fantasy literature owes its bones to The Lord of the Rings; it essentially swamped all previously written works of Fantasy, and it unquestionably created "Fantasy" as a marketing category. Indeed, all the authors I have listed site Tolkien as a defining influence, from GRRM to Jones, from Rowling to Paolini, from McKillip to Croggon. Knowing that Tolkien came first, you cannot read any other books without seeing his hand-print. Indeed, in the immediate years following LOTR, its popularity created an enormous number of Tolkienesque works (using the themes found in The Lord of the Rings). 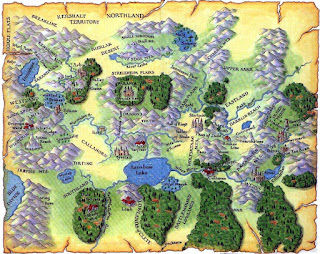 Then, in 1977, Terry Brooks' The Sword of Shannara came out. Some now call the it a LOTR imitation, but I disagree utterly; it is Tolkienesque, for a certainty, yet is its own story and the Four Lands has a  history/lore unique to that of Middle-earth and populated by engaging characters; furthermore, to call the two subsequent books in the Original Shannara Trilogy LOTR imitations is nothing short of madness. Regardless, however, the key fact is that Brooks' was breakthrough success that publishers had been yearning for: the first true master Fantasist since Tolkien and Shannara became the first Fantasy novel to appear on, and eventually top the New York Times bestseller list. As a result, the genre saw a boom in the number of quite popular titles published in the following years, such as the Dragonriders of Pern by Anne McCaffrey (which is on my to-read list) and Terry Pratchett's Discworld. (Pern actually came out before Shannara did, but since it took Brooks' success to establish McCaffrey's I list it as after; both for that reason and because subsequent Pern books helped Fantasy along.) Then came The Farseer Trilogy by Robin Hobb (which is on my to-read list) and The Blue Sword and its companion The Hero and the Crown by Robin McKinley. Meanwhile, though Ursula K. Le Guin's Earthsea Cycle received less critical attention because they were (wrongly) considered children's books, they laid the groundwork for future authors. (People talk about Harry going by train to Hogwarts, but first Ged had to travel by ship to the School of Roke.)

Yet the Golden Age had yet to begin. It needed a push. Well, several pushes, actually, and the next of those was Robert Jordan's The Wheel of Time (which took decades to complete), followed by the more swiftly finished Memory, Sorrow and Thorn series by Tad Williams. Both international bestsellers, with Williams' work setting the seeds of inspiration in the mind of George R. R. Martin and the much later and regrettable rise of Grimdark Fantasy. 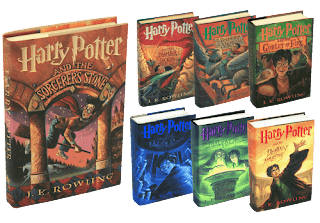 Yet still the Golden Age had not begun. Fantasy was present and popular, yes, but it needed, frankly, another Tolkien; another The Lord of the Rings. Another undeniable literary classic that transcended the term and became a cultural phenomenon so as to inspire another whole generation of readers. And we got it in The Harry Potter series by J.K. Rowling. Hence the reason I have always called her the Heir of Tolkien. One does not need me to list the virtues of Harry Potter nor how it differs from LOTR, but it was the classic which (drew from such previous masters as Le Guin, Jones, & Tolkien and) started the Golden Age of Fantasy – pushing the genre forever into the canon of Great Literature, increasingly intertwining with mainstream fiction. A process aided by the international popularity of other works such as Christopher Paolini's Inheritance Cycle, John Flanagan's Ranger's Apprentice, and so many others that I have listed.


"The Road goes ever on and on

Down from the door where it began.
Now far ahead the Road has gone,
And I must follow, if I can,
Pursuing it with eager feet,
Until it joins some larger way
Where many paths and errands meet.
And whither then? I cannot say.﻿"
- J.R.R. Tolkien's Walking song