I have just started Firebrand, book 6 in the Green Rider series by Kristen Britain 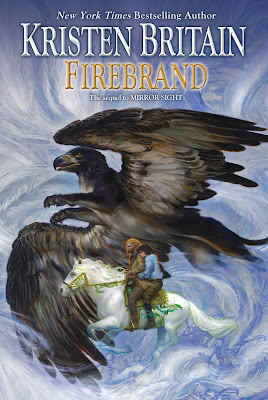 I have just started Firebrand, book 6 in the Green Rider series by Kristen Britain. Of all my thousand friends of Fantasy, few have my heart quite so much as Rider Sir Karigan G'ladheon – making it an unrivaled joy to return to the land of the Sacor Clans. But the shadow of a terrible future looms large as the grasp of winter clenches, for Mornhavon the Black and those loyal to his legacy are determined to restart and win the Long War he lost long ago. Which might be why Eletians have come and want to search for an old ally in the north.

I just finished The Fork, the Witch, and the Worm

I just finished The Fork, the Witch, and the Worm by Christopher Paolini, sequel to his The Inheritance Cycle.

Such a delight to see old and dear friends again while the mysteries of Alagaësia increase exponentially! From Murtagh to Angela to Urgal legends, Paolini never disappoints. Best yet, a new day has dawned for the dragons!

Until next time, Ebrithils Eragon and Saphira!

I just submitted the Fantasy series I wrote!

I just submitted the first book of The Cynnahu Saga, the Fantasy series I wrote, to DAW Books!! Send good vibes, folks, and watch for the red ship on the horizon with its crimson-eyed captain!

I just started The Fork, the Witch, and the Worm by Christopher Paolini 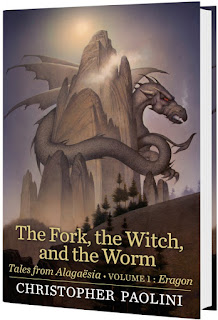 My favorite authors did not stand idle while I read Robert Jordan, so now begins the delight of catching up.

I just started The Fork, the Witch, and the Worm by Christopher Paolini, sequel to his The Inheritance Cycle, international bestseller and the first great Fantasy series I read on my own in the 6th grade (my father having read The Lord of the Rings to me the year before).

Such a delight to see old and dear friends again! Eragon and Saphira, and others from the wondrous world of Alagaësia - land of the Dragon Riders and the Ancient Language. Honestly, I would say more to express my excitement as my love for this series is second to none save The Lord of the Rings itself, yet cannot without violating my Stars Uncounted law of never writing spoilers.

I have once again finished The Hobbit by J.R.R. Tolkien

I have once again finished The Hobbit by J.R.R. Tolkien.

Once again I am amazed anew at the genius of the Father and Founder Modern Fantasy! Such a short book yet brimming with lovely characters, unforgettable places and adventures, all woven with timeless lessons old as the roots of the Lonely Mountain where the Arkenstone was found. How great wealth and the lust for it can poison even the noble-hearted but that, in the end, food and cheer and song and friendship are ever the keys in which victory, joy, freedom, and still greater friendships are unlocked; all girded of course with great courage, even when one's sword arm is small, in the face of overwhelming odds. Such is the nature of Tolkien, and the magic of this most extraordinary adventure of Mr. Bilbo Baggins cannot be overstated.

"The Road goes ever on and on
Down from the door where it began.
Now far ahead the Road has gone,
And I must follow, if I can,
Pursuing it with weary feet,
Until it joins some larger way,
Where many paths and errands meet.
And whither then? I cannot say.
Roads go ever ever on,
Over rock and under tree,
By caves where never sun has shone,
By streams that never find the sea;
Over snow by winter sown,
And through the merry flowers of June,
Over grass and over stone,
And under mountains in the moon.
Roads go ever ever on,
Under cloud and under star.
Yet feet that wandering have gone
Turn at last to home afar.
Eyes that fire and sword have seen,
And horror in the halls of stone
Look at last on meadows green,
And trees and hills they long have known." 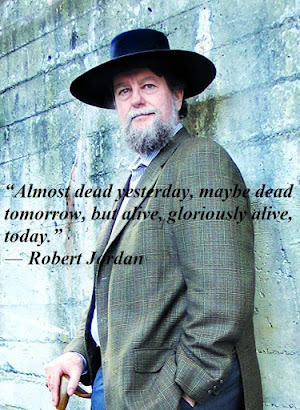 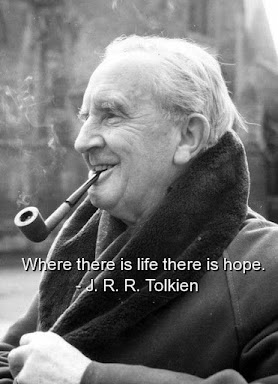 Given everything stated in the Rumors of the Wheel page (read the additions if you have not already), I think the epithet American Tolkien is not inappropriate to award Robert Jordan. Indeed, when I first began The Eye of the World, I kept telling my family that "I feel like I am reading another Lord of the Rings!" I am sure people will note the partial irony here, as I was once one of George R.R. Martin's most avid fans, calling him – as many did and do – the American Tolkien; until I named him the Anti-Tolkien, naturally. Why one and not the other? A good question, seeing as I listed a host of similarities between the two; a list which came after me saying that Jordan's Game of Houses is every bit as devious as GRRM's Game of Thrones. And before I answer that question I will lay forth another likeness between the two series: treachery. Anyone familiar with A Song of Ice and Fire is well aware that trust is valuable thing and sadly often repaid with a knife in the back or another form of treachery. As I have said, Westeros offers little aside from "blood, porn, and amoral lessons that corrupt the soul." The Wheel of Time is, blessedly, not like that and yet whom to trust outside of the core protagonists is just as large an issue...because one never knows who might be a Darkfriend. I will not say much so as to avoid spoilers, but Darkfriends are are humans who have been tempted with promises of immortality and power by the Dark One, or by other Darkfriends, into serving the Shadow. There are Darkfriends in all nations, people and communities, even those dedicated to fighting the Dark One, such as the Borderlanders, Aes Sedai and Whitecloaks. You never know who is secretly sworn to Shadow and their plots checker the series, mostly manifesting in strings of murders and betrayals of the most heinous kind. There were several characters whom I trusted who turned out to be Darkfriends, and countless more whom I and the core protagonists were afraid to trust for fear that they might be. In short, just as who to trust is subject of ripe speculation in GRRM's work, the same holds true in Robert Jordan's. Which brings one back to the question of why name one the American Tolkien and not the other? Because Jordan keeps to the Spirit of Tolkien even while playing the Game of Houses; even in the midst of Darkfriend plots where torture, betrayal and murder are planned. Where armies number in the tens then hundreds of thousands, the land wracked with war, crippling droughts and merciless winters, among other things. Because The Wheel of Time is not Grimdark Fantasy – which is, of course, the antithesis of the moral centeredness that defines the High Fantasy. As I have said, it is NOT a clone of The Lord of the Rings; indeed, it is far from it after the first book. But the bright souls of the two masterworks are kin.