Naturally the Fantasy genre is, as per the quote below in addition to my own formidable experience, a vast thing whose limits expand and shrink in tandem with the imaginative capabilities of humanity. Hence Fantasy is not a single, compact literary genre but, rather, branches out into many sub-genres. Bestfantasybooks.com, which appears the be as complete a guide to the genre as there is (though with an apparent and disturbing Grimdark agenda), lists no less than 66 of these Fantasy sub-genres. This is overkill in my mind, for I have found that the overwhelming majority of the Fantastic can fit fairly comfortably into the 8 categories I have described below; fairly, because the first rule of Fantasy literature is that no rule is ironclad.

High Fantasy: The “official” definition of the High Fantasy is typically defined either by its setting in an imaginary world or by the epic stature of its characters, themes, and plot. I, however, began the using the term on my own – without any prior knowledge of its previous coinage by Lloyd Alexander[1] – with a different meaning.
To me, the High Fantasy is any work of Fantasy defined/guided by the Spirit of Tolkien, regardless of setting or plot complexity. I judge J.K. Rowling’s Harry Potter series as a classic example of High Fantasy, for example, due to the undeniable moral fiber and the deep value placed in learning found at Hogwarts. And the often stressed point that love is the highest kind of magic (and the kind most worth fighting for). I suppose one could call it Heroic Fantasy, and many do call it such. It is just important to recall that the best kinds of heroes come in unconventional packages. Other less famous examples (which do not fit the official definition) are The Starcatcher Trilogy by Dave Barry and Ridley Pearson, The Seraphina series by Rachel Hartman, and Hexwood by Diana Wynne Jones. 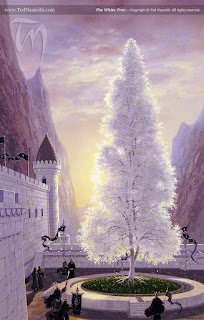 Medieval Fantasy: In this I agree with the "official" definition; I just want to stress that High and Medieval Fantasy are not synonyms (at least, not in my mind).
This sub-genre, as far as I am concerned, encompasses near all Fantasy[2] that does not feature modern technology. This is the archetypal and awesome swords and sorcery, Dungeons & Dragons brand of Fantasy – drawing its inspiration straight out of mytho-history and imagination; often featuring fantastical landscapes. The works of J.R.R. Tolkien are the classic, and in my opinion the best, example of Medieval Fantasy.
Other comparatively less famous examples are Alphabet of Thorn by Patricia A. McKillip, The Belgariad series by David Eddings, and the Ranger’s Apprentice Series by John Flanagan.

Contemporary Fantasy: In this I again agree with the "official" definition: Contemporary Fantasy, or Urban Fantasy, is the opposite of Medieval Fantasy. Both sub-genres, however, may be of the High Fantasy (again stressing that High and Medieval Fantasy are not synonyms). Some refer to the sub-genre as Low Fantasy and, given my own definition of High Fantasy, I utterly reject this.
This sub-genre encompasses near all Fantasy[3] that features modern technology. This includes the Hidden World brand of Fantasy as well as a simple modern world setting with the addition of magic in everyday life. J.K. Rowling’s Harry Potter series as a classic example of Contemporary Fantasy, with the Wizarding World existing alongside yet hidden from ours (the Muggle World). This type of Fantasy is typically set in an at least quasi-modern urban environment. Another example might be the Narnia books, what with Narnia being a Parallel Universe and protagonists traveling to it from ours; I say might because the line blurs in this case.
Other comparatively less famous examples are The Secrets of the Immortal Nicholas Flamel series by Michael Scott, The Bartimaeus Sequence by Jonathan Stroud, and Deep Secret (and its companion The Merlin Conspiracy) by Diana Wynne Jones. 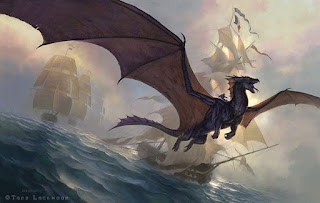 Historical Fantasy: A relatively rare genre that I have limited experience in, Historical Fantasy is the mystical equivalent of Historical Fiction and a cousin of Contemporary Fantasy. In short, it is a Fantasy story set in actual world history – sometimes, but far from always, utilizes the Hidden World tradition. I generally like and have nothing against this sub-genre but, again, have seldom encountered it.
The two finest examples I can think of both take place during, and heavily feature, the Napoleonic Wars. These are Jonathan Strange & Mr Norrell by Susanna Clarke and the Temeraire series by Naomi Novik, the latter of which I have heard of (naturally) but not read. 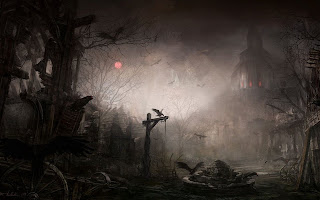 Dark Fantasy: I do not read Dark Fantasy, so I can say little here other than again agree with the "official" definition: a sub-genre of Fantasy which incorporates darker and frightening themes coupled with the use of a dark, gloomy atmosphere and/or a sense of horror and dread. It also often combines Fantasy with elements of horror. Sometimes called Gothic Fantasy, the lines between it and Horror Fiction are visible yet blurred.
As I avoid Dark Fantasy like the plague I can, again, say little. I do not know whether or not the sub-genre fits into the High Fantasy but, in general, the undercurrents of shadow and horror are enough to keep me away. Please note that I do not condemn Dark Fantasy; my avoidance of it is a matter of personal taste alone.
The only examples of this sub-genre I can give are the works of H.P. Lovecraft and Stephen King (two who I think it would be appropriate to name Dark Fantasy's Tolkien and Rowling equivalents). I have not read them, but their fame and skill as a writers reached my ears long ago.

Grimdark Fantasy: A younger, dark offshoot of High Fantasy, Grimdark Fantasy is markedly dystopian, amoral, violent, gritty, and filled with a bleak and twisted sense of humor. This relatively new sub-genre – not to be confused with its Dark Fantasy counterpart – is sadly, experiencing something of a renaissance thanks to the popularity of George R. R. Martin's A Song of Ice and Fire (i.e. A Game of Thrones). While the ancestor of the sub-genre is widely acknowledge to be the Memory, Sorrow, and Thorn trilogy by Tad Williams, for it inspired George R. R. Martin, it is ASOIAF that made the Grimdark mainstream (much as LOTR began the High Fantasy) and may justly be called an anti-Tolkien approach to Fantasy writing. Indeed, the Grimdark's main claim to fame is its usage of gratuitous and graphic scenes of bloodshed and sex, all of which is supercharged with profanity.  I, however, prefer to call it – both the sub-genre and GRRM's work – Corrupted Fantasy and abhor the Grimdark with a passion (though I was once an avid fan). Read my GRRM the Anti-Tolkien page if you wish to learn why. (As to Memory, Sorrow, and Thorn, I started and stopped the series – an exceeding rare event for me – simply because it failed to grip me. I read the whole first book and recognize Williams' skill, but the plot was too slow and the characters did not grab me. Also, I should note that I learned about the series' connection to ASOIAF after I stopped; a revelation that made sense in hindsight as well as amused me to no end. Please note that while I may condemn the Grimdark, that judgement does not extend to Memory, Sorrow, and Thorn.)


Quasi-Fantasy: Simply put, what I term Quasi-Fantasy are books which ordinarily would be Realistic or Historical Fiction if not for the magic someway squeezed quite comfortably into the story. My experience with these books are limited, but I have nothing against the genre. Two good examples of Quasi-Fantasy books are The Thief Lord by Cornelia Funke and The Tiger's Wife by Téa Obreht.  Other comparatively less famous examples are The Little White Horse by Elizabeth Goudge and The Wild Hunt of Hagworthy by Penelope Lively.


Science Fiction: I do not read Sci-Fi and consider it to be a full genre in its own right, a cousin of but separate from Fantasy literature. Like Dark Fantasy, I avoid Sci-Fi like the plague, again due only to personal taste as opposed to condemnation. The limited exceptions are Star Trek and Star Wars.

Add comment
Load more...
Home
Subscribe to: Posts (Atom)
"The realm of fairy-story is wide and deep and high and filled with many things: all manner of beasts and birds are found there; shoreless seas and stars uncounted; beauty that is an enchantment, and an ever-present peril; both joy and sorrow as sharp as swords."
- J.R.R. Tolkien