Greetings Fantasy lovers and/or guests!! Welcome to my Hall. Come, sit back and relax – maybe have a mug of ale (though I prefer water and apple cider) – while I tell you about myself. 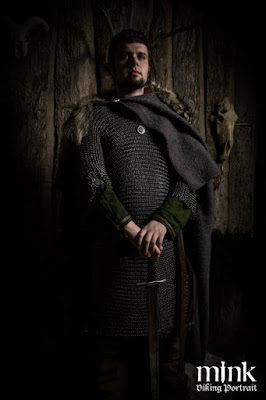 My name is Ian E.S. Adler; and yes, the photo here is truly of me. My family went to Iceland in 2015 and had a grand time at the MINK Viking Portrait Studio. I realized then that Fantasy authors never truly say how heavy chainmail is in books so let me rectify that now by saying it felt like I was wearing woven ice that wanted to drag me down. Before I go on though, yes, 2015 may seem like an appreciable amount of time ago but, as any who know me can confirm, my face has barely changed a filament in over a decade.

Now imagine being able to read your DNA as a piece of literature. Imagine being able to read the root out of which grew many of your basic interests as well as patterns of speech and thought and writing style. Imagine somebody who, until the 4th grade, disliked and once upon a time hated reading, until his Dad practically compelled him to read The Hobbit and then, a few years later, The Lord of the Rings. It was the first big, adult, and truly intelligent book I had read and the impact it had upon me could not have been greater. Simply put, I jumped into the genre with both feet, reading Fantasy series after Fantasy series – constantly and without ever switching genres or getting bored. The Bookshelf section of this blog lists all the Fantasies I have read (and liked) to date.

My morality, manner of speech, style of writing, and building blocks of thought may all be traced to Middle-earth (and other subsequent worlds I have visited, but Tolkien had and has the greater influence over me). And before somebody asks, yes, I was part of the Harry Potter generation – growing up as the books came out. Part and not a part, for I actually did not read Harry Potter until after the last book came out[1]. As such, I am a child of Fantasy at large, my love for the genre balanced by my passion for history and mythology & folklore. What authority I claim regarding the genre is thus based upon over a decade of unremitting reading (and High Fantasy gaming). 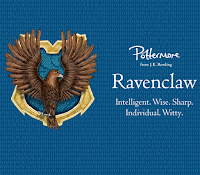 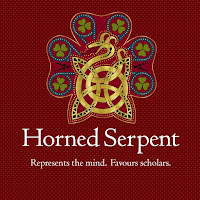 Upon joining the Pottermore (officially created and sponsored by J.K. Rowling) website, I was sorted into Ravenclaw House at Hogwarts and the Horned Serpent at the North American school of Ilvermorny. My wand is Pine wood with a Phoenix feather core 10 ¾" and Supple flexibility, and my Patronus is a dolphin. When asked where in Tolkien's Middle-earth, or any Fantasy world for that matter (thought naturally barring worlds of my own creation), I would like live, I think the answer would be Dol Amroth in southern Gondor.

Anyway, I began this blog back in 2016 because so many of my friends said that I should (or would be good at such) that I could ignore them no longer; their statements derived from my Facebook posts regarding my reading and the genre at large. I cannot promise that this blog will be any more edifying than my Facebook posts, and it certainly will not be a bunch of standard Fantasy book reviews. Think of this thus as a public diary of sorts – a record of my subsequent and continued journey through the Realm of the Fantastic. 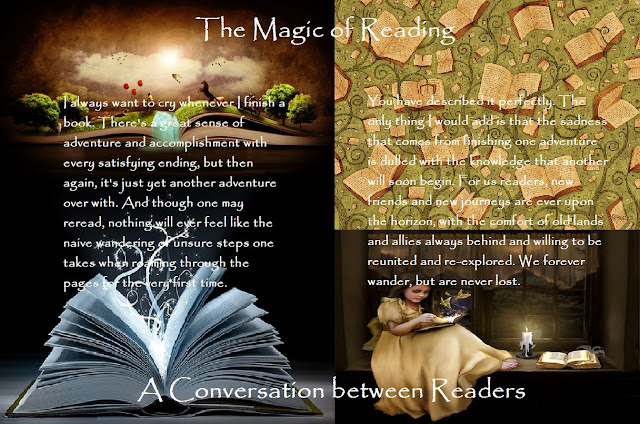 
Feel free to comment and debate here, but please try to mind your tongues as I loathe swearwords with every fiber of my being. And when I say debate, I mean the civil kind where all respect is given to each others opinions.

P.S. I am also currently trying my skill as a Fantasy author, but editing takes a while (particularly when the rest of life gets in the way) so nothing has been published as of yet. Hopefully that will change soon though for, as Tolkien says, "it's the job that's never started as takes longest to finish."

[1] A slight exaggeration. I did read the Sorcerer's Stone and loved it, but was put off from reading further after the Chamber of Secrets movie scared me half to death twice over.