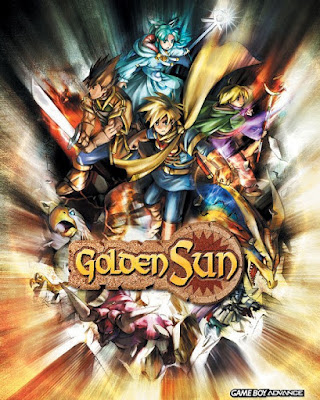 Stars Uncounted is a proud supporter and fierce advocate of Operation Sunrise, which is the effort to garner support for a reboot and fourth game of the Golden Sun gameboy game series. Golden Sun is, in my mind, the pinnacle of handheld RBG games, and not only because it was the first I ever played. Indeed, the game has a very special place in my heart and memories. When I was little I loved watching my older cousin playing video games as a rule, but my earliest recollections of such is of Golden Sun. We were all staying at our maternal grandparents house and he was always the first one up, and often I was the second; so I would tiptoe through that silent house, downstairs, through the dining room and kitchen to the Family Room where he would invariably be sitting with a Gameboy Advance in hand. I was lucky, for I joined him playing through the first dungeon, Sol Sanctum, and when I asked were he was he said "the Temple of the Sun," which is what I called the game for years afterwards. But even then, knowing next to nothing about the game, I was invested in it, for Kraden was my favorite character and him getting kidnapped mightily offended my young mind. I also loved watching him (my cousin) find and use the various Djinn and their Summons. 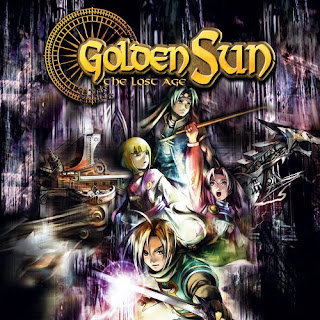 Eventually I was gifted the games and, with the Prima Official Strategy Guide in hand, I began playing myself. And fell in love. There is no other way to describe it, for the story was so utterly unique, personable, and gripping, all coupled and augmented by a brilliant role-playing-based battle system and puzzles which so inventive, brilliant and complex that even with the strategy guide I stumbled, occasionally having to ask my parents for help. Ask my mother about Air's Rock in Golden Sun: The Lost Age and she will remember how it took all we had not to get lost. Frankly, I could go on and on, for even now, with many and more games under my belt, I still rank Golden Sun as the crown jewel. I laughed and cried with the characters, for it was like a favorite book that just kept getting better and, to this day and despite never having played through it again, I still remember all characters' names and most of the conversations. I will not breathe a word more about the storyline, though, so as not to rob others of the chance to enter into the world of Weyard as I did, free of foreknowledge and ready for an epic adventure. 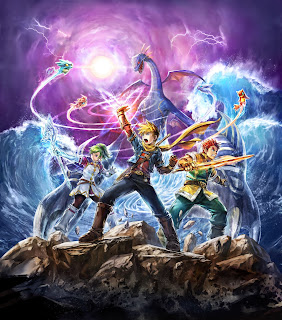 And yet, after two phenomenal games, no news ones came out until I was in high school - Golden Sun: Dark Dawn, which follows the children of the original heroes and was a solid game in its own right. But no new Golden Sun titles have come out since. Frankly, I still do not understand why nearly a decade passed between the first two games and Dark Dawn, much less why Nintendo has seemingly dropped the ball so completely since, because if we accept as true the aphorism that it is folly to change a winning game then it is doubly so for stopping one. Golden Sun still has a large and devoted fandom, and we want to see our dear friends again (and finally get a chance to fight Alex.) That is why I have made this a page rather than a mere post: to stand as undimmed reminder that Operation Sunrise must succeed. To those who have played the game already, listen to the music below and remember.