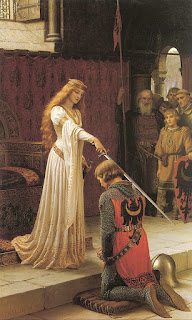 Knights in Shinning Armor. Warriors of Light. True Heroes. Defenders of Truth and Protectors of the Innocent. 🙄

We have all heard this before. Indeed, any person with even the barest familiarity with the High Fantasy, be they readers or gamers, will be aware of these concepts. The paragon warrior who is duty and honor up to his or her boots, girded with an almost childlike virtue and an implacable resolve to rid the land of all things evil. In short, the ultimate stereotype of Chivalry, pure and ultimate good versus utter evil.
"Thou shalt be everywhere and always the champion of the Right and the Good against Injustice and Evil." Think King Arthur's Knights of the Round Table.

Indeed, the stereotype is so old as to be almost cloying, with such depicted knights/warriors described as everything from naive to goody-goodies... because the world and people do not exist in such shades of absolute black and white. Indeed many of the best Fantasy authors, such as Mercedes Lackey, make an almost brutal point of it. GRRM, though I am loathe to use his name, takes it a step further and fills his work with false knights.

I agree with this, and yet the pure core here is one of the fundamental components of the High Fantasy. Why? Because the best Champions of Light employed by the genre have seen the darkness. They defend the weak and meek not out of any sense of chivalry but because they have seen loved ones die; because they, then, had not the power to defend them. What is wrong with honor? Nothing, so long as it does not interfere to the point that one is unduly hamstrung by it past the point of sense. As my friend Abigail once phrased it, "the point of the hero defeating the dragon isn't that dragons exist, it's that the dragon can be defeated." Hence I just feel that the term goody-goody is too often used to describe those filled with true compassion and simple unvarnished kindness, and I say this as one who has been called a goody-goody more than thrice. Hence I believe the best heroes are not superheroes in the typical sense but are instead ordinary people thrust into extraordinary circumstances and reacting accordingly.


"When does a hero's journey begin?
The moment you step outside the safety of your home?
Or when you realize the fight has just begun?
Is is when you comprehend how small you are compared to the vastness that threatens to destroy you?
When did you learn that the journey isn't a lonely road,
and you didn't have to face the darkness alone?
Lesser souls lose heart and lay down their swords.
But a champion risks everything for the greater good.
Take comfort in this: True heroes never die."
- Erebos

It may seem cliché and even naive, but anyone with a strong moral compass and unrelenting inner strength can be a Hero of Light. The key is being optimistic regarding humanity and believing that a better future truly is possible. Some mistake cynicism for wisdom, yet it is, per my judgement, merely a form of sophisticated surrender – for cynics still fight for what they believe in, yet they no longer truly believe. This is why the Spirit of Tolkien is so important to the Fantasy genre, correctly reminding us that the true and greatest heroes are the small, everyday people who overcome the challenges thrown at them and continue onward. (Indeed, one could call this page a general, broader extension to the previously linked one on said Spirit.)


"It doesn't matter how strong we are. We have something to defend, and that's why we fight." - Final Fantasy: The 4 Heroes of Light 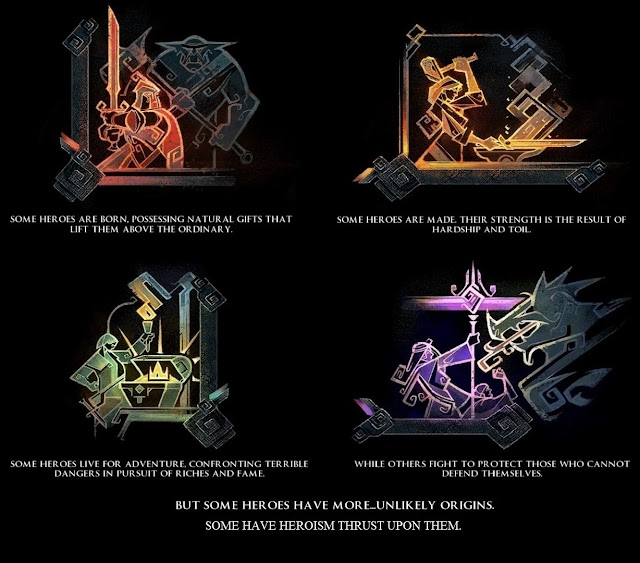 One thing I love about Mercedes Lackey, author of the Valdemar books (which consist of several stellar High Fantasy series) is just how grounded they are in reality. Grounded and, as such, so full of practical wisdom and unconventional but highly effective solutions. After all the best Fantasy worlds are grounded in reality and filled with wonders. All this, combined with her considerable skill at song-writing (she really could have attended the Bardic Collegium at Haven), results in songs that capture some key knowledge that may be found all across the Multiverse and in Faerie as well.

So here is some Advice to Would-be Heroes from none other than Tarma shena Tale'sedrin – mercenary, Shin'a'in Swordsworn, dear hawk-faced friend, and hero. Of course she does not think of herself and/or her partner Kethry as such and are as unconventional as possible, but that makes them the best kind of heroes. Also, given the song, I should probably say that Tarma's definition of "heroes" are the naive, childishly chivalrous, and foolishly brave kind (i.e. the cloying stereotype mentioned above).


"So want you go earning your keep with your sword
And you think that it can't be too hard–
And you dream of becoming a hero or lord
With your praises sung out by some bard
Well now, let me then venture to give you advice
And when all of my lecture is done
We will see if my words haven't made you think twice
About whether adventuring's “fun!”

Now before you seek shelter or food for yourself
Seek first for those things for your beast
For he is worth far more than praises or pelf
Though a fool thinks to value him the least.
It you’ve ever a moment at leisure to spare
Than devote it, as if to your god,
To his grooming, and practice, and weapons-repair
And to seeing you both are well-shod

Eat lightly and sparingly – never full-fed–
For a full belly founders you mind
But sleep when you can - it's better then bread-
And on night-watch no rest will you find
Do not boast of your skill, for there's always one more
Who'd proven he's better then you
Treat sword-ladies like sisters, and not like some whore
Or your wenching days, child, will be few

When you look for a captain, then look for the man
Who thinks first of his man and their beasts,
And who listens to scouts, and has more than one plan,
And heeds not overmuch to the priests
And if you become captain, when choosing your men
Do not look at the “Heroes” at all
For a hero dies young – rather choose yourself ten
Or a dozen whose pride’s not so tall

Now your Sword-master’s god – whosoever he be–
When he stands there before you to teach
So don’t argue or whine, or mock foolishly
Or you’ll soon be consulting the leech!
Now most booty is taken by generals and kings
And there is little that’s left for the low
So it’s best to learn skills, or work at odd things
To keep food in your mouth as you go

And last, if you chance to reach equal my years
You must find you a new kind of trade
For the plea you’re still spry will fall on deaf ears–
There’s no work for old swords, I’m afraid
Now if all that I’ve told you has not changed your mind
Then I’ll teach you best that I can.
For you’re stubborn, like me, and like me you're the kind
Becomes one fine Swords-woman or –man!"