Artist vs. the Art

Normally I do not post articles written by others, but this speaks to a broader and critical issue and so an exception will be made.
The issue/question: What do you do when an artist you love turns out not to be the person you thought they were? 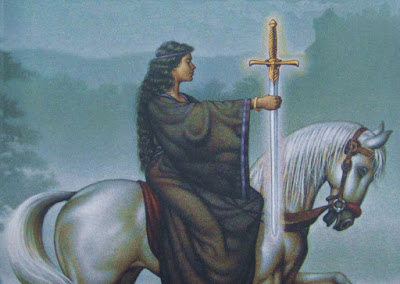 The this case the artist is Marion Zimmer Bradley, author of the widely viewed Fantasy classic The Mists of Avalon. To start, I have never read the book, but goodness knows I have heard it – indeed, from middle to high school it was a constant part of the conversation; a by all accounts stellar work that retold the Arthurian legends from the point of view of the women. Now I love King Arthur and most of my Fantasies have female protagonists, so it must be understood that the only reason I did not pick it up was because it erred a little far on the romantic side for my taste.

I digress, though. The relevant (and linked) article – The Book That Made Me a Feminist Was Written by an Abuser – details a struggle we all go through at least some point: What do you do when an artist you love turns out not to be the person you thought they were?
In this case, in 2014, Moira Greyland, Marion Zimmer Bradley’s daughter, told the world that her mother had sexually abused her and many other children for more than a decade. The author of a judged masterwork that empowered women guilty of one of humanity's most heinous crimes.

The article tells how one fan dealt with it. But, for myself, I can only use this as an opportunity to state what I have done in similar circumstances. In short, I strongly believe in separating the artist from the art. For if the measure of greatness is creating something with a life of its own, so a truly great book should be able stand on its own and apart from the author. A conclusion which the writer of the above article eventually came to as well: "So I can keep Morgaine [the main protagonist] — what she has meant to me, what she has become in my personal mythology — while I reject Bradley."

Sadly and at the day's end, if we go through history and disown the art and literature it has gifted us with because the artists were flawed or dishonorable, we will be left with very little. So it comes to the choice of which is more important to us, the artist or the art. I chose the thing which will endure long after the artist's bones have turned to dust: the art.