The Treason of the Intellectuals and Isengard 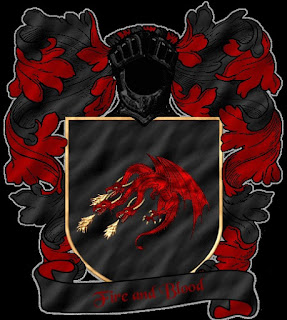 British academic, critic and novelist Adam Roberts describes the Grimdark sub-genre as one "where nobody is honourable and Might is Right," and as "the standard way of referring to fantasies that turn their backs on the more uplifting, visions of idealized medievaliana, and instead stress how nasty, brutish, short and dark life back then 'really' was." He critically notes, however, that Grimdark has little to do with re-imagining an actual historic reality and more with conveying the sense that our own world is a "cynical, disillusioned, ultra-violent place."

Of course, one who has read my opinion of GRRM the Anti-Tolkien already knows that I wholeheartedly agree with this. However, this post is not just another long rant regarding A Song of Ice and Fire but, rather, an attack on the cynicism that fuels it and which goes beyond George R.R. Martin. A cynicism which amounts to another concept known as the Treason of the Intellectuals, in which academics accept and espouse cynicism because – in a nutshell – they believe that Power and Politics will near-always emerge triumphant over morality. Hence the best, wisest, course of action is to embrace this truth and put forth one's intellectualism to working with thus shaping the policies of the Powerful until they resemble/accomplish the political agenda of the academics.

Permit me to offer a quote from the J.R.R. Tolkien's The Lord of the Rings:
"A new Power is rising. Against it the old allies and policies will not avail us at all. There is no hope left in Elves or dying Númenor. This then is one choice before you, before us. We may join with that Power. It would be wise, Gandalf. There is hope that way. Its victory is at hand; and there will be rich reward for those that aided it. As the Power grows, its proved friends will also grow; and the Wise, such as you and I, may with patience come at last to direct its courses, to control it. We can bide our time, we can keep our thoughts in our hearts, deploring maybe evils done by the way, but approving the high and ultimate purpose: Knowledge, Rule, Order; all the things that we have so far striven in vain to accomplish, hindered rather than helped by our weak or idle friends. There need not be, there would not be, any real change in our designs, only in our means." 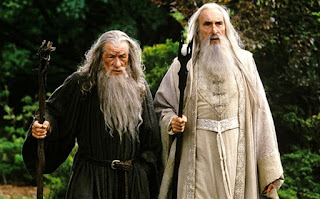 Sound familiar? If not, then recall these words as the ones spoken by Saruman to Gandalf when trying to convince him to join him in an alliance with Sauron. What is striking, however, is how neatly the Treason of Isengard matches the description of the Treason of the Intellectuals. Saruman and Gandalf had been sent to Middle-earth with the purpose of overthrowing Sauron, something that Saruman clearly still intends to accomplish, except that rather than fighting Mordor he now means to become Sauron's ally so as slowly twist and replace him on his dark throne.
Naturally Saruman is an very extreme case, as it would be far from fair to call cynical intellectuals ambitious agents of clear evil. Yet the crux of the matter is that, like Saruman, those academics who engage in intellectual treason believe that fighting Power and Politics with human determination and basic morality is a fool's errand and thus join the other side if they see any hope in altering it from within to suit their visions. In short, it is the temptation to accommodate oneself to the nature of the times, as Niccolò Machiavelli would have put it, and to ally – cautiously but definitely – with the Power that is rather than the principles that were. Saruman's mad vision may have been to replace the Lord of Mordor as the tyrant of Middle-earth, but, as can be seen, when striped down to their essential organs there is very little separating Treason of Isengard from the Treason of the Intellectuals.

Which, to bring this post to a full circle, is one of many reasons why I am the Enemy of the Grimdark. Because A Song of Ice and Fire and the genre as the whole offers a cold and cynical view of humanity coupled with the apparent lesson that the honorable and compassionate usually end with their heads upon a stake. It teaches that treachery is profitable; that morals do not pay and are near powerless to effect the wider world.

"Our knowledge has made us cynical. Our cleverness, hard and unkind. We think too much and feel too little. More than machinery we need humanity. More than cleverness we need kindness and gentleness. Without these qualities, life will be violent and all will be lost." - Charlie Chaplin

"Cynicism masquerades as wisdom, but it is the farthest thing from it. Because cynics don’t learn anything. Because cynicism is a self-imposed blindness, a rejection of the world because we are afraid it will hurt us or disappoint us." - Stephen Colbert

The cynic is one who never sees a good quality in a man and never fails to see a bad one. He is the human owl, vigilant in darkness and blind to light, mousing for vermin, and never seeing noble game. The cynic puts all human actions into two classes — openly bad and secretly bad. - Henry Ward Beecher

"A cynic is not merely one who reads bitter lessons from the past; he is one who is prematurely disappointed in the future." - Sydney J. Harris

"The problems of the world cannot possibly be solved by skeptics or cynics whose horizons are limited by the obvious realities. We need men who can dream of things that never were...and ask why not." - John F. Kennedy

"Cynicism isn't smarter, it's only safer. There's nothing fluffy about optimism." - Jewel Kitcher

"The greater part of the truth is always hidden, in regions out of the reach of cynicism." - J. R. R. Tolkien