My opinion of Amazon's The Wheel of Time show thus far 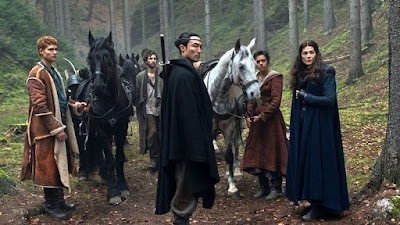 Thus far I think Amazon's The Wheel of Time TV show is as good as could be reasonably expected given the sheer size of the book series, and my mother – who has never read the books – also loves it (which is important, not because she is my mother, but rather since it proves that the show can grip and create new fans who are unwilling to read a fourteen volume wall of text). I honestly do not know why book purists are so upset, because Cuendillar-level purity was never going to happen given the sheer length of the series. What is important is that they capture the spirit of the story and essence of the characters in what amounts to a new turning of the Wheel of Time, and they succeeded. Thus far.

"Ages repeat, like the spokes coming around again. Each time an Age repeats it is the same in great things, but different in smaller ones, as two huge tapestries, when seen from a distance, appear identical, but when seen close up show differences of detail." - Robert Jordan