Amazon's the Wheel of Time Renewed for Season 3 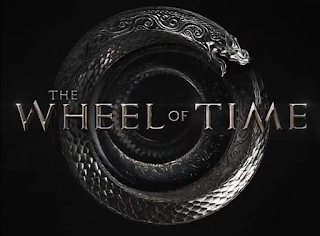 “The Wheel of Time turns and Ages come and go, leaving memories that become legend. Legend fades to myth and even myth is long forgotten when the Age that gave birth to it comes again.”

Just as Amazon scheduled Season 2 before Season 1 came out, so they have now declared Season 3 before Season 2 can been released. This turning of the Wheel is, of course, different, from the turning we are familiar with, but the Wheel weaves as the Wheel wills, and no eye can see the Pattern of this Age until it is woven. For myself, I am glad of this for while I do not agree with the everything the show has done, namely I think they are speeding it up too much at the expense of the world's rick history and great character moments, I feel that, thus far, the adaption is a worthy one.

"As the Wheel of Time turns, places wear many names. Men wear many names, many faces. Different faces, but always the same man. Yet no one knows the Great Pattern the Wheel weaves, or even the Pattern of an Age. We can only watch, and study, and hope." - Moiraine Aes Sedai 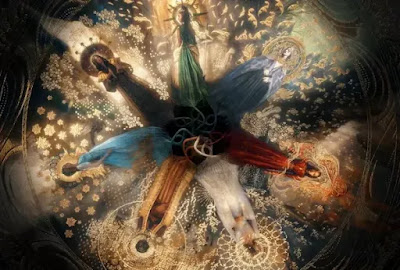 "I think of time in this world as fixed circular, but with a drifting variation. There are slight differences in the Pattern each time through so that if you thought of the Pattern as a tapestry and held up two successive weaves, you couldn't see any differences from a distance, only close up, but the more time turnings between tapestries, the more changes are apparent. But the basic Pattern always remains the same." - Robert Jordan