I have just finished The Shadow Rising 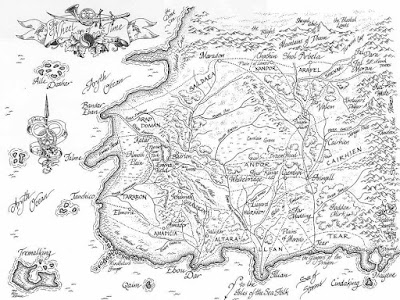 I have just finished The Shadow Rising, Volume #4 of The Wheel of Time by Robert Jordan.
"Once the Dragon for remembrance lost, twice the Dragon for the price he must pay." He Who Comes With the Dawn has called the People of the Dragon under one banner. He will unite them. He will destroy them. He will save them. All per the prophesies. Meanwhile the Goldeneye's Wolf banner rises alongside the Red Eagle of Manetheren to stab at the Shadow. Yet a vision of disaster came to pass in the heart of the Light, putting all on the shoulders of the Dragon Reborn who snagged a most unlikely teacher.