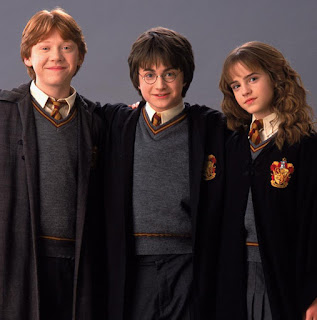 One of the reasons I love Fantasy literature so much is that it expands the limits not only of imagination but of compassion. Think about it. When reading the Fantastic one becomes emotionally attached to a world that technically does not exist, grows to love and hate characters as if they were born of true flesh and blood rather than of ink and the mind of the author. One learns to care deeply about people and events that have no technical bearing on the real-world, yet that selfsame care gives it tremendous bearing to the point that readers laugh and cry, cheer and mourn, sing and think alongside the characters as if they were as real as anything. This, I believe, is what makes Fantasy so very special. Other genres, like realistic and non-fiction, expand our minds in unquestionably invaluable ways, to be sure, yet they are rooted in the real-world we live in and thus automatically have an emotion bearing upon us. The Fantasy genre, however, expands our compassion beyond the here and now, beyond the world we live in, tearing down the emotional barriers separating the the real from the 'unreal'. Why to mark the word unreal as such? Because, in the immortal words of Pablo Picasso, "Everything you can imagine is real."

J.R.R. Tolkien says that "Fantasy is escapist, and that is its glory." Quite true, and he explains why quite eloquently:

"I have claimed that Escape is one of the main functions of fairy-stories, and since I do not disapprove of them, it is plain that I do not accept the tone of scorn or pity with which “Escape” is now so often used: a tone for which the uses of the word outside literary criticism give no warrant at all. Why should a man be scorned if, finding himself in prison, he tries to get out and go home? Or if, when he cannot do so, he thinks and talks about other topics than jailers and prison-walls? The world outside has not become less real because the prisoner cannot see it. In using escape in this way the critics have chosen the wrong word, and, what is more, they are confusing, not always by sincere error, the Escape of the Prisoner with the Flight of the Deserter."

The key is that a Deserter leaves because they have stopped caring, desiring only to flee trouble and pain, a want that could never be met in Fantasy literature for it, to again quote Tolkien, contains "beauty that is an enchantment, and an ever-present peril; both joy and sorrow as sharp as swords." It "does not deny the existence of sorrow and failure: the possibility of these is necessary to the joy of deliverance." Yet a Prisoner escapes knowing this, knowing that our real-world is hardly ideal and choosing to escape into the Fantastic because they want to feel the triumphs and tragedies of others, choosing, willingly, to experience both joy and sorrow as sharp as swords that is beyond their power to influence, much less control. That takes courage, and a heart that can, again, treat that which is technically unreal as quite real. To expands one's emotions to encompass people who never lived doing impossible things in places that do not exist as if they were dear friends or hated enemies, and in the end seriously and emotionally viewing the assorted characters as such.

That is what makes Fantasy literature so very special. Again, I have infinite respect for other genres, but the ability to create one's own fully populated world that is real enough for others to escape into set the Fantastic apart and is, beyond doubt, why we live in a Golden Age of Fantasy. (Point of order and not to state the utterly obvious, one does not have to be a prisoner to adore Fantasy. Goodness knows I do not consider myself such.) Finally and on a side note, today is J.R.R. Tolkien's birthday, so raise a glass and toast "The Professor!"