Age of Legends - a The Wheel of Time movie trilogy 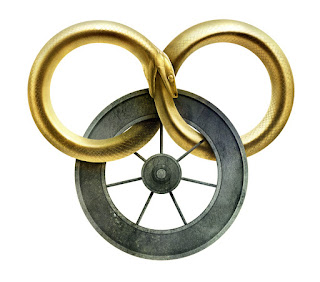 I will leave the dramatics aside this time. Along with Amazon’s The Wheel of Time T.V. series, there is to be three prequel movies set during the Second Age, the Age of Legends. As The Hollywood Reporter describes it, "Age of Legends will be set several millennia before the time of the books and in a futuristic utopia powered by a magical force shared by men and women known as the One Power. When an unspeakable evil is unleashed upon the world and men using the One Power become insane and destroy much of the planet, a small band of women unite under the White Tower and are humanity’s last hope of survival."

Not quite sure what to think of this, to put it bluntly, as the basic implication is that this triad of movies will feature the War of Shadow and the Breaking of the World leading up to the founding of the Tower by the surviving female Aes Sedai. Not that there is anything wrong with that from a lore prospective, but this will make for a harrowing set of films seeing that the Dragon, Lews Therin Telamon, did not have the happy ending his reincarnation did.

I guess it depends on taste. Reading about it is one thing, but watching a whole utopian world-spanning civilization collapsing first into horrific war against the Shadow and then back into the stone age in what can in slight understatement be called an apocalypse would be rather distressing, though seeing the White Tower getting founded might indeed be worth a venture into what is called the Second Age by some, an Age yet to come, an Age long past.