I have just finished Winter's Heart 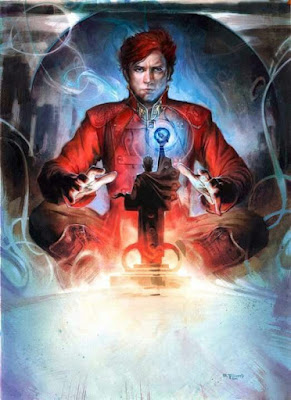 I have just finished Winter's Heart, Volume #9 of The Wheel of Time by Robert Jordan.
It was said that during the Age of Legends the greatest feats of the One Power were accomplished by women and men working together, Saidar and Saidin united, hence the ancient symbol of Aes Sedai. Until that unity of Power was broken by the Dark One's counterstroke that ended the Dragon and broke the world after he saved it. Now that damage is undone by men and women working together even as, far away, the Daughter of the Nine Moons is revealed and taken by the gambler per the prophesy from beyond the doorway. Even as the Red Wolf searches for his beloved Falcon, Asha'man betray their name as others confirm it. Yet the Shadow lingers, dark knives and worse hearts threatening the Daughter-Heir and even the Dragon Reborn himself. Only one thing is certain: the Time of Illusions has come to an end.