Now that we know where Dragons came from one can see how the myths and legends they appear in influenced Fantasy literature. An influence which began, as ever, with the great J.R.R. Tolkien. Before I go on, if you, dear reader, have committed the criminal act of not having read The Hobbit then do so now because otherwise you will run into SPOILERS here. 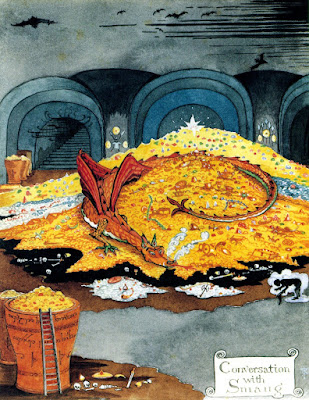 Now then, while who does Dragons best in Fantasy is an open and subjective question with no answer, Tolkien set the original standard with Smaug, the greatest fire-breathing Dragon of the Third Age who overran the Dwarves of the Lonely Mountain and the humans of the adjacent realm of Dale, claiming the treasure of the mountain for himself. As one can see from the picture (drawn by Tolkien himself) and his bloody habits, Smaug the Golden is inspired off of European Dragons, yet is far an away smarter per his unforgettable conversation with Bilbo in which the brave Hobbit identifies himself with many riddling, yet not untrue, names.

"This of course is the way to talk to dragons, if you don't want to reveal your proper name which is wise, and don't want to infuriate them by a flat refusal which is also very wise. No dragon can resist the fascination of riddling talk and of wasting time to trying to understand it." - J.R.R. Tolkien, The Hobbit

Hardly the description of a classic Western Dragon, none of whom were known conversationalists, with the single exception of Fafnir from the late Norse versions of the tale of Sigurd. As said Tolkien, "Fafnir in the late Norse versions of the Sigurd-story is better; and Smaug and his conversation obviously is in debt there." That being said, Fafnir cannot even be called the exception that proved the rule of his race since he began his life as one of Dwarf-king Hreidmar's three sons. I am sure Tolkien appreciated the irony of this fact, and all the more so since I have little doubt that Fafnir's behavior may have influenced Thorin's as well to a degree, but then, Dwarves and European Dragons both suffer from a lust for gold that Tolkien names the Dragon Sickness. Anyway, the point is that Fafnir was not a natural-born Dragon and thus hardly counts as an example of an intelligent Western Dragon. The quintessential member of that unenlightened species would be the likewise treasure-hoarding one from Beowulf, who Tolkien was far from fond of: "I find 'dragons' a fascinating product of imagination. But I don't think the Beowulf one is frightfully good. But the whole problem of the intrusion of the 'dragon' into northern imagination and its transformation there is one I do not know enough about." Another irony there, that the man who claimed little scholarly knowledge of Dragons ended up writing the first Old Worm in a whole literary genre. Yet while Smaug the Chiefest and Greatest of Calamities may have been based primarily in Fafnir, from a strictly Dragon-lore perspective his intelligence is far more in keeping with an Asian Dragon, though it is naturally soured by typical European Dragon behavioral characteristics. Meaning that J.R.R. Tolkien created in effect a whole knew type of Dragon that, lust for gold notwithstanding, can be succinctly described as a Dragon with a Western-style physical form and non-Divine nature coupled with Eastern-style intelligence.

This Fantasy Dragon, as I will call it, began and remains the classic of the genre in books and games alike. Dungeons & Dragons came by its name honestly, and here are a list of books in which Dragons feature as important plot elements/characters:

The Inheritance Cycle by Christopher Paolini

The Dark Lord of Derkholm by Diana Wynne Jones

The Silmarillion by J.R.R. Tolkien

A Song of Ice and Fire by George R.R. Martin (as much as I hate to use this as an example, GRRM's usage of Dragons cannot be ignored)

The Seraphina series by Rachel Hartman

The Annals of Drakis by Tracy Hickman

The Cygnet Duology by Patricia A. McKillip

And then, of course there all those masterworks that I have somehow not read (yet), such as The Dragonriders of Pern by Anne McCaffrey. 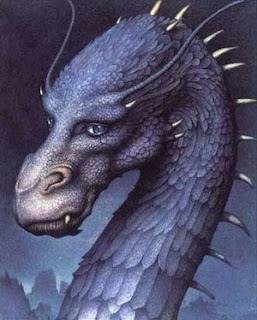 I will not pretend that Asian Dragons – more Divine, wingless, and born of water – have not been left out of the picture. They largely have, yet not as much as one might think. The three elements I just listed certainly have, but Fantasy Dragons have evolved since Smaug. They are still predators, to be sure, masters of wind and flame, but civility has definitely gained the edge over more beastly character traits. Saphira here, for example, is bonded to the human Eragon in Paolini's The Inheritance Cycle as Dragon and Rider. She is blunt, kind, proud, protective, gentle, vain, caring, and as good if not better a friend and lifemate anyone could ask for. She also brings up the fact that Fantasy featuring Dragon Riders are now not exactly uncommon, which again shows that, unlike with European Dragons and Smaug, Fantasy Dragons have adopted the more Asian trait of being less antagonistic towards humanity. 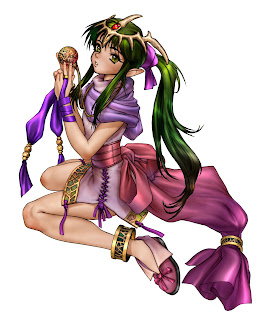 Indeed, Dragons possessing the Eastern Dragon ability to take human form is now almost commonplace, such as Haryman's The Seraphina series, Fire Emblem games, and D&D, and McKillip's The Cygnet Duology. Fire Emblem even takes it a step further by having many of the gods be Dragons. The left is Tiki, princess of the Divine Dragon tribe whose alternate form is a silver-white Dragon. She likes sleeping in, gets lonely easily, treasures her friends above all wealth, and spend most of her time in human form. In all honestly, Fire Emblem's Dragons are some of the finest, deepest, I have ever seen, flawlessly blending Asian-style high-mindedness with Western-style animalism. Such Dragons-in-human-form, saarantras as they are called in the Seraphina books, are absolutely fascinating in that they show their non-human qualities/mindset while in human form, having an outsider's observation and insights into the human condition. The overall point being that, when dealing in Dragons, Fantasy authors seldom simply pick whether follow a more Eastern or Western influence. I have often said that nobody, but nobody, does Dragons like Ursula K. Le Guin, because, in the Archipelago, a dragonlord it is not someone with a mastery of dragons but rather one whom the dragons will speak with, and Le Guin directly said that it took her a while to find her Dragons. Indeed, she stated that she drew influence from Smaug, Pern, and Eastern Dragons.

Very rarely do Fantasy authors these days employ the animalistic, speechless European Dragon, the most notable and, in my mind, poetic and not unsurprising exception being George R.R. Martin's A Song of Ice and Fire where Dragons were made into weapons of war by humans, the dragonlords of Old Valyria being  brutal and shameless warlords and slavers who controlled Dragons with sorcery. Tis hardly a shock that GRRM corrupted even the mighty Dragon, since he tainted everything else. Sure one could rightly point out that Smaug the Golden was hardly a paragon of virtue, but it is safe to say, I am sure, that he would look upon Balerion the Black Dread with contempt for letting a human control him. And yes, I am well aware that GRRM is hardly the only Fantasy author to utilize Dragon Riders, but in all other examples that I am aware of, chiefly and again Christopher Paolini's The Inheritance Cycle, Dragons and Rider are equal partners who regard each other with unconditional love transcending all familial bonds. Meaning that, while Saphira and Smaug would surely scoff at each other, both would doubtless look down upon GRRM's Dragons. The picture above says it well enough for, though I admit it is only a hatchling and that perhaps this is petty of me, I find the image of a Dragon sitting on human's shoulder like a parrot would a pirate captain offensive; though I suppose it is appropriate seeing as the morality of the average Valyrian dragonlord was approximate to that of a corsair captain. That said and in the interest of fairness, GRRM does have one truly masterful quote which I will give now: "Once a man has seen a dragon in flight, let him stay at home and tend his garden in content, someone had written once, for this wide world has no greater wonder."

Why do I not mention Robert Jordan's The Wheel of Time? Simply put, because there are no Dragons. Rather, "Dragon" and "Dragon Reborn" are titles for the champion of the Light against the Dark One. Yes the Dragon Banner depicts an Asian Dragon and Jordan certainly imbues the title with the critical cosmic importance consistent with Eastern Dragons, but the Dragon and Dragon Reborn, Lews Therin Telamon and Rand al'Thor, are human.

Do you understand that you must always fail, as long as your goal is not truth, but guidance? That as long as you seek dragons around you, you will never become the dragon within you? - Sarkhan Vol