I have self-published The Last War: Book One of the Cynnahu Saga 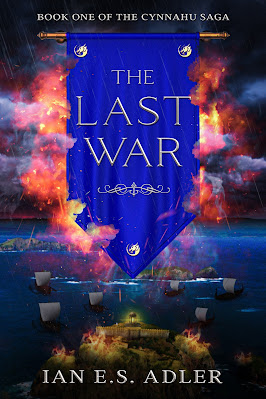 The red ship has landed! The crimson-eyed captain reveals himself! All my life I have been a Fantasy reader, and since 2016 a Fantasy blogger. Hence my excitement in announcing that today I join the hallowed ranks of Fantasy authors for, dear readers, IT IS OUT! The first book of the Fantasy series I wrote can be found and bought on Amazon; just search for The Last War: Book One of the Cynnahu Saga.

A scream cut across the sky...

Long ago a horrific war was fought between the native Dragonkin and invading humanity, a war that shattered into islands the continent on which they struggled. Now the descendants of the victorious humans must face a different yet still very old threat as the mireborn Naga, the snake-folk of Nag Isle, are again amassing their Black Fleet to send against them. An ancient prophecy speaks of a time when the Archipelago of Cynnahu must fight its Last War against the Naga, a time when five individuals – Traveler, Orphan, Survivor, Student, and Lord – will set sail to rediscover the secret of the Elder Song.

Guided by an ancient riddle recently uncovered by the famed Loremaster Aneirin, these chosen five must a run a race of swords, spells, and dusty scrolls - for while the Elder Song was crafted to summon the primeval power of the Dragonkin, it has, down to its very name, been forgotten. Will the courage and wits of two eleven-year-olds and three vastly different mages be enough to free purposefully hidden secrets from forces older than the Isles themselves and reunite the scattered Song while fighting a desperate war on land and sea? Only one thing is certain: humanity stands at doom’s edge and time is against them. 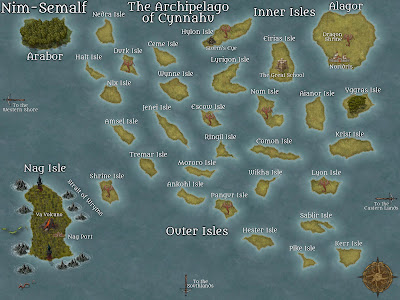 This book has been a long time coming, its seeds first planted when I read Ursula K. Le Guin's Earthsea Cycle as a child and first sprouted as unremarkable writing exercises in my high school's Creative Writing Club (which I eventually became President of). Honestly, I did not even intend for them to become a book. I just liked the character and enemy I created on the spot that first CWC meeting of my Sophmore year and stuck too it until the other club members became familiar with the world I had accidentally created and asked me if I was going to write a book. Well, as they say, the rest is history.

For several reasons - each of which is too long to get into now - I chose to self-publish. So PLEASE, I beg you, write good Amazon reviews for The Last War once you finish it. Also, Would you all believe I got the cover custom made for only $35 and from a Ukrainian company no less.

I hope you all enjoy it (and again write good reviews)!