The Fall of Númenor (a new Tolkien book) 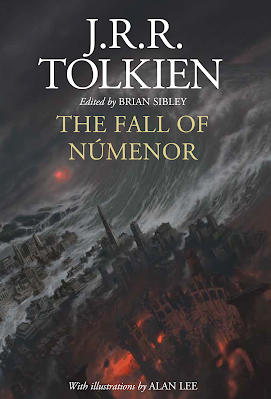 For an author who has been dead since 1973, J.R.R. Tolkien sure has been pumping out the books. The Silmarillion and The Book of Unfinished Tales of course, but also, within the last several years, Beren And Lúthien and The Fall of Gondolin, all thanks in part to his late son Christopher Tolkien. Then came The Nature of Middle-earth, which we all fully expected to be the last new book ever to bear the name of the Founder and Father of Modern Fantasy; indeed, it was described as J.R.R. Tolkien’s final writings on Middle-earth.

Yet once again does Tolkien reach out from the Timeless Halls beyond the circles of the world, for now comes yet another book by J.R.R. Tolkien! The Fall of Númenor will be published on 10th November 2022! As stated by the Tolkien Society, "The book brings many of Tolkien’s writings together, and uses The Tale of Years in the Appendices of The Lord of the Rings in order to present the content in an order and a style that works well for readers. This convenient volume will tell the story from the foundations of Númenor, the forging of the Rings, and the Last Alliance against Sauron that ended the Second Age."

A solid and worthy tale as, before now, the only way to learn the full story of the Downfall of Númenor was to read The Silmarillion and The Book of Unfinished Tales (which of course I, and many diehard Tolkien fans, have). Perhaps now more people will realize that GRRM's Doom of Valyria was not as unique as all that, yet I digress. More the point, this book looks incredible, my single complaint being that Tolkien called it the Downfall of Númenor (or the Drowning) more often than the Fall, hence either of those really should be the title. 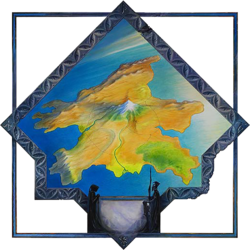 For those who desire context, Númenor was an island between Middle-earth and the Undying Lands and its people, Númenóreans would in time – following the Downfall – become the Dúnedain (i.e. the people of Gondor and Arnor). Elendil and his son Isildur, Aragorn's royal ancestors, were born on Númenor.

"Et Eärello Endorenna utúlien. Sinomë maruvan ar Hildinyar tenn' Ambar-metta." (Translation: "Out of the Great Sea to Middle-earth I am come. In this place will I abide, and my heirs, unto the ending of the world.") - Oath of Elendil