I have just started A Memory of Light 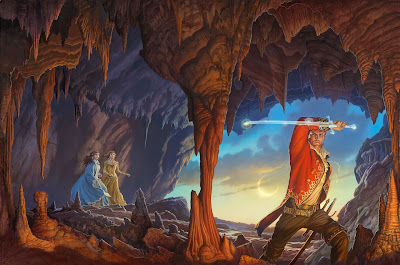 I have just started A Memory of Light, the 14th and final Volume of The Wheel of Time by Robert Jordan (and completed posthumously by Brandon Sanderson).
It is time. The storm has come. The Last Battle. Tarmon Gai'don. The World and Time itself hangs in the balance as the Dragon Reborn makes his demands on the Field of Merrilor and marches under the Banners Dragon and Light across the Mountains of Dhoom to Shayol Ghul to face the Dark One and all the forces of the Shadow. Nations shall crumble and humanity shall be unified. Lies shall be torn off in bloody waves as the earth shakes. The world shall be broken and made whole. "He shall hold a blade of light in his hands, and the three shall be one," says the Karaethon Cycle, "Red on black, the Dragon’s blood stains the rock of Shayol Ghul. In the Pit of Doom shall his blood free men from the Shadow." So is the hope of the Light, and the fear of those who love Rand a'Thor. It is time. The storm has come. The Last Battle. Tarmon Gai'don.